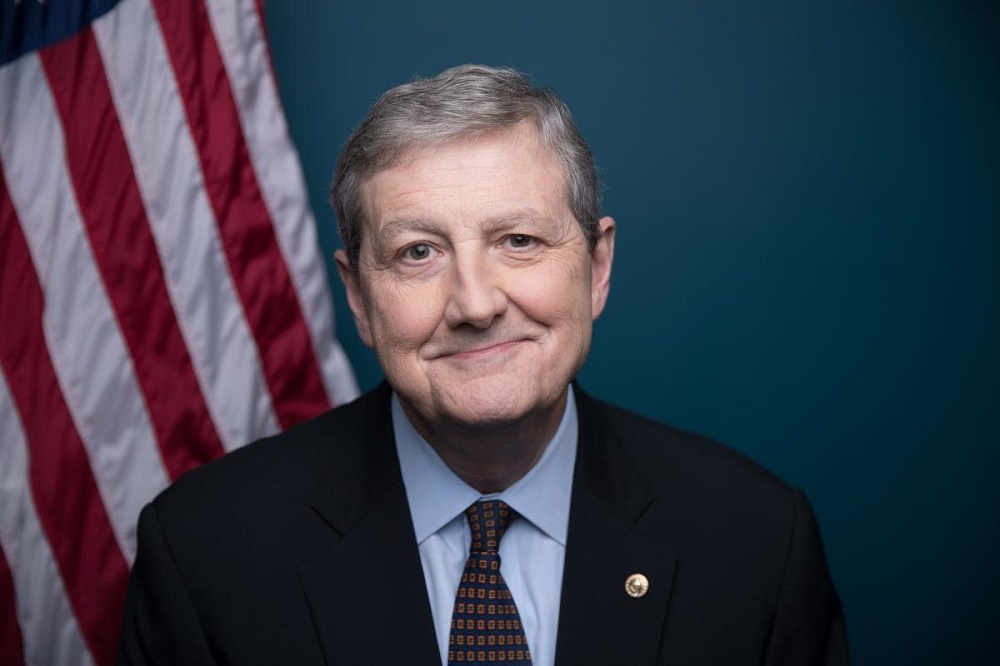 Sen. John Neely Kennedy is facing the wrath of Louisiana voters by publicly announcing his opposition to a nationwide 5G auction plan supported by the Trump administration.

A group that supports the proposal, 5G Action Now, said a poll of 500 voters conducted Feb. 14-16 showed that 56% of Louisiana voters would be less likely to vote for a senator or member of Congress if he or she tried to slow implementation of the plan.

In a Feb. 13 speech, Kennedy, a first-term Republican, said he was strongly opposed to Federal Communications Commission Chairman Ajit Pai’s proposal to auction off C-Band airwaves.

Pai proposes auctions to sell space on C-Band, a midband spectrum, to wireless carriers. That would, 5G advocates believe, mean the high-speed internet would be more widely available to Americans. They say it is a matter of both national security and economic development.

5G Action Now spokesman Ian Prior said in a statement last week that Kennedy is dead wrong about the FCC proposal.

“It is extremely disappointing that Sen. Kennedy is looking to slam the brakes on the progress we saw last week with Chairman Pai's announcement of a public auction of the C-Band spectrum," Prior said. "Make no mistake, the United States is in a race to 5G development and deployment against China and the longer we wait, the further we fall behind. We have already seen one ally – the United Kingdom – put our national security at risk by letting Huawei build part of its 5G infrastructure."

The poll shows most Louisianans agree, according to 5G Action Now.

It said 78% of voters say it is important to defeat China in the 5G race. In addition, almost 40% said getting access to high speed internet in rural areas is a major problem.

Nearly two-thirds of the 500 people polled – half via land lines, half using cellphones – said they are concerned about Huawei, the Chinese telecom giant, dominating 5G in the United States. It said 72% want the U.S. government remove Huawei technology equipment.

Internet usage is still growing in the Bayou State, with it ranking on the bottom third nationally in internet connectivity. Just 40% of residents are very satisfied with their internet service, while 39% say access to high-speed internet in rural area of the state is a major problem. Nearly 500,000 Louisianans lack access to the FCC’s baseline internet connection.

People want internet access, as 61% of those polled said they use it daily and have become reliant on it. Across the board, the idea of high-speed internet is embraced, with 71% excited about 5G when its potential is explained and 82% saying it will boost the economy.

Pai, who has called a public auction “the best bet to ensure fairness,” said the FCC will vote on the plan at its Friday, Feb. 28 meeting, and schedule the auction to begin Dec. 8.

Kennedy could not be reached for comment late Tuesday afternoon and his staff did not respond to emails or phone messages.

In his speech on the Senate floor, Kennedy said while he thinks “5G is going to be extraordinary,” he thinks the FCC plan is a giveaway to foreign companies.

He said they paid “nothing, zip, nada” for access to the C-band spectrum and to now pay them $15 billion to vacate it not just wrong, but lousy negotiating.

5G Action said Kennedy is making a mistake that could hurt America deeply – and the poll shows most Louisiana residents agree. With Kennedy up for re-election in 2022, this may give him pause to reconsider.

The advocacy group said the vast majority of Americans – 84% in another poll it conducted – said it was vitally important to win the race with China over 5G. It will continue to conduct polls and do work to promote the FCC plan and 5G for all Americans.

“The group’s goal is to elevate the conversation regarding American national security and the economic benefits of winning the 5G innovation and deployment battle against China,” it stated in a release.

Want to get notified whenever we write about United States Senate ?

Sign-up Next time we write about United States Senate, we'll email you a link to the story. You may edit your settings or unsubscribe at any time.